Most people go to great lengths trying to avoid jury duty. For me, it has been the opposite. The jury system seemed to be avoiding me. Until now.

At last, the Long Arm of the Law has caught with me, and after a 32 year dry spell, I finally got a Jury Duty summons yesterday.

Not that I've been trying to hide. Washington Township, Gloucester County, despite being "South Jersey's Premier Community" with a population of over 48,000, does not have its own  zip code. My part of town, Turnersville, shares a zip code with neighboring Blackwood, which happens to be on Camden County. So, from time to time, one of us gets a summons to appear for Camden County Jury. We fill out the form, saying we do not live in Camden County, end of story.

I thought I would never get called. I thought maybe I was disqualified due to my Jersey City birth certificate.

I don't know how they finally figured out I lived in Gloucester County. Maybe when I was photographed sitting on my hands while the rest of the crowd was applauding wildly at Governor Christie's town hall meeting here, they identified me through some facial recognition process and nailed me.

The last time I served on a jury, back in the Days of Yore, the mandate was a two week commitment, show up every day, and wait. On the last day of my two week stint at the Hackensack court house, I was picked to be on a panel. The case was a personal injury lawsuit, a three-way battle involving a plaintiff, defendant, and an insurance company. Not too interesting, but it got me out of work for an extra week. More interesting was the trial going on across the hall, the notorious case of Mario Jascalevich, also known as "Dr X", on trial for murdering an undetermined number of patients at the now defunct River Dell Hospital in Oradell, NJ. I tried to take a peek in the court room any chance I could get.

So, I'm looking forward to performing my civic duty by serving as a Petit Juror in the Gloucester County court system. One catch - I was scheduled for Monday, February 7, when I will be on vacation.

Due to the magic of modern technology, I went to the website, filled out the online form and expressed my willingness to serve, just not at that time. About an hour later I received an email from the Court, advising me that my time had been rescheduled to June 6. The ease with which that switch was made, I must admit, surprised me.

So, I'm looking forward to showing up at the Gloucester County court house in Woodbury on the morning of June 6, ready, willing, and able to serve. 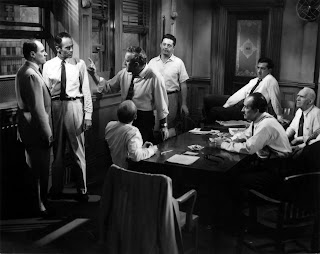 Posted by jeffpickens at 6:43 PM