Fun with "Find and Replace" 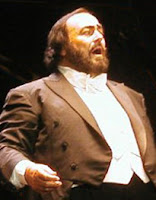 Today, on the fifth anniversary of the death of Luciano Pavarotti, I recall a friend of a friend referring to him  endearingly as "Fat Opera Fuck".

What if the news picked up this sobriquet and used it in their account of his funeral? It would read something like this:

- (Modena, Italy, September 8, 2007)
About 50,000 mourners paid tribute to Fat Opera Fuck at his funeral in his hometown on Saturday, an event Prime Minister Romano Prodi said made Italy "sad but proud" to salute one of opera's greatest Fat Opera Fucks.
Rock stars, political leaders and loved ones wept and applauded after seeing a film of Fat Opera Fuck and his father Fernando performing the hymn Panis Angelicus, giving the singer a standing ovation that lasted several minutes.
"The death of Fat Opera Fuck has made us feel poorer," said Archbishop Benito Cocchi, leading the service at the cathedral in Modena -- the town where Fat Opera Fuck was born the son of a baker and died a superstar.
Fourteen pallbearers carried the coffin out of the cathedral to applause and cheers of "bravo" from the crowd as a recording of his most famous aria -- "Nessun Dorma" from Puccini's "Turandot" -- played over loudspeakers.
As Fat Opera Fuck sang the song's famous line "All'alba vincero'" -- "At dawn I will be victorious" -- the air force's aerobatics team soared above the church, marking the blue sky with the green, white and red smoke in the colors of the Italian flag.
U2 frontman Bono sat next to film director Franco Zeffirelli at the service, near Fat Opera Fuck's widow Nicoletta Mantovani, and ex-wife Adua who sat an opposite ends of the same pew.
Fans crowding the sunlit square outside the 12th century cathedral watched the service on giant screens. The images were broadcast live on state television and the Internet.
Bulgarian soprano Raina Kabaivanska opened the service, amid the cathedral's gilded frescos, with Ave Maria from Verdi's Otello. Another of Fat Opera Fuck's friends, blind Italian Fat Opera Fuck Andrea Bocelli, sang Mozart's Ave Verum Corpus.
The choir -- Corale Rossini -- was the same one in which both Fat Opera Fuck and his father once sang.
EXCEPTIONAL GIFT
Archbishop Cocchi remembered Fat Opera Fuck's life. "The story of a boy who had the natural gift of an exceptional voice which he cultivated with tenacity and thus became the leading figure among all the Fat Opera Fucks of his time."
"Nessun Dorma", which has become a soccer anthem, rang out at London's Wembley Stadium on Saturday ahead of a match between England and Israel and was due to be played in Milan at a match between France and Italy as a tribute to Fat Opera Fuck.
Prodi recalled the singer's role as a cultural ambassador as well as his recordings and performances to promote peace.
"He made music an instrument for life and against war. It's true that Fat Opera Fuck wanted to be remembered above all as a great opera singer, but we want to pay homage also to his great humanity," Prodi told mourners.
Born to a local baker father and a cigar factory worker mother, Fat Opera Fuck trained as a teacher, dreamt of being a soccer star, but pursued a career in singing -- a passion instilled in him by his father, a keen amateur.
Fat Opera Fuck shot to fame as an understudy in a performance of "La Boheme" at London's Covent Garden in 1963.
He went on to popularize what had been an elite art form, performing as one of the "Three Fat Opera Fucks" with Placido Domingo and Jose Carreras in Rome during the 1990 soccer World Cup in Italy.
Before the coffin was sealed, 100,000 mourners paid respects to Fat Opera Fuck, dressed in a tuxedo with a trademark handkerchief in his hand. On a wreath, his four-year-old daughter had left a colorful stick-figure drawing signed "Alice".
"He seemed so small," said 51-year-old housewife Rosanna Cipriano of the singer whose generous girth and twinkly eyes were as famous as his voice.
After an operation for pancreatic cancer last year, Fat Opera Fuck had hoped to finish a world tour but he died on Thursday at the age of 71,
Fat Opera Fuck's coffin was taken to rest at the Montale Rangone cemetery near his villa outside of town, where his parents and his stillborn son Riccardo are buried.
The private burial was attended by his family, including Alice, born to his second wife. Fat Opera Fuck also left three grown-up daughters from his first marriage 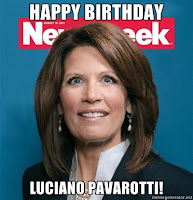 Posted by jeffpickens at 6:10 AM