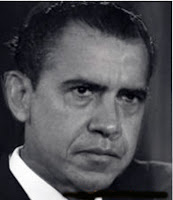 The only thing we ever learn from history is that we never learn from history. Unless, of course, you are running for re-election during war time. In that case, the lesson is, keep the war going through to Election Day because everyone loves a "War President". After all, it worked for Nixon in 1972 and Bush in 2004.

In President Obama's speech on the Afghanistan war pull-out, he proposed (in round numbers):
With roughly 100,000 troops currently in Afghanistan, this leaves - again in round numbers - 70,000 troops still in country, scheduled to leave in 2014. Of course there is no guarantee this will actually happen.


Why not pull them all out now? Does anyone realistically believe the situation in Afghanistan will be at all improved between now and 2014?

Take a look at this word cloud from the President's speech. Can you find the word "PEACE" in there anywhere? I'm still looking. 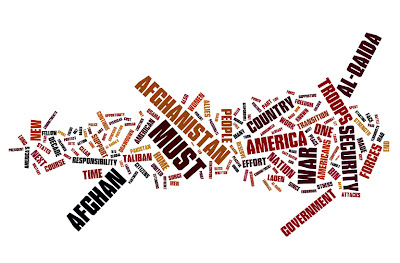 Posted by jeffpickens at 5:42 AM